2 ‘Hole in the Sky’ helped build support for the Montreal Protocol to safeguard the ozone layer, signed eight months later by 80 countries.

3 ‘Energetic’, part of our Hands On series giving practical tips for sustainability, inspired a viewer from China to install biogas tanks for poor families

4 ‘How else do we show our people how to deal with the plight of the African child if we don’t show them films like these?’ Iris Sheyavali, Namibia

5 The series that inspired tve, Adrian Cowell’s epic Decade of Destruction, prompted the World Bank to admit mistakes and change its policies.

6 ‘It would be hard to come up with a more timely and provocative film for our students.’ A teacher in Turkey, ‘Slums and Money’

7 The Central African Republic’s shattered healthcare system was boosted by a €400,000 donation from Finland, following broadcast of ‘The Silent Crisis’.

8 A series made by tve’s Latin America partners inspired flooring giant InterfaceFLOR to create a new sustainable flooring range, Just™, made in India.

9 ‘tve has always been at the forefront of development issues – the first on sustainable urbanisation.’ Anna Tibaijuka, executive director of UN-HABITAT and tve trustee

11 ‘Powerful and important,’ said a broadcaster of tve’s films about women, taking stories from abortion to acid attacks into the homes of millions of viewers.

12 ‘Payback Time’ is an incredibly useful lobby tool with US senators and representatives. We definitely need more films like this.’ Bianca Barth, World Future Council

13 Four years before ‘biodiversity’ became a buzzword at Rio, ‘Jungle Pharmacy’ helped break of the race to control the story the Amazon.

15 ‘Seeds of Despair’ mobilised the world’s media and Live Aid after Charles Stewart, filming a story about deserts, turned his camera to Ethiopia’s unfolding famine.

16 After ‘Inside the Poison Trade’, 100 delegates signed, and 65 countries later ratified, the Basel treaty banning the transport and dumping of toxic waste.

18 As part of India’s anti-smoking campaign, ‘India Inhales’ helped lead the way to a ban on smoking in public places and pictorial warnings on tobacco products.

19 ‘Your film shed a ray of light on another’s history different from my own.’ US viewer, ‘Looking for My Gypsy Roots’

20 ‘After watching this film I understood that boys and girls can achieve the same things.’  A viewer in Bangladesh, ‘Meena’

21 ‘I had heard of climate change but I did not realise the implications. Now I will be conscious of protecting our climate.’ A viewer in Bangladesh, ‘Melting Ice’

23 ‘Now I understand that the reason for the destruction of forests is poverty.’ A viewer in India, ‘Timber to Tibet’

24 ‘The Acid Test’ pushed governments to act after it was broadcast to 20 million Europeans on the eve of a UN convention on acid rain.

25 ‘Developing Stories became a classic. It opened audiences’ eyes to the fact that there were other ways to view the developing world.’ Søren Dyssegaard, former head of Information, Danida 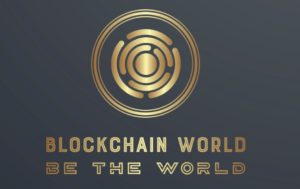