Snapshots of Change is a groundbreaking series of short films made in 2005 in 31 countries around the world to mark the 10th anniversary of the Beijing Fourth World Conference on Women (Beijing +10). Ten years before the leaders of 189 countries who attended the Beijing Conference signed up to a landmark agreement, the Beijing “Platform for Action”, committing themselves to women’s rights, equality and empowerment – including, inter alia, the end of violence and discrimination against women, universal education for girls, and promoting more women in government, parliament and management positions. Ten years on, Snapshots of Change aims to show just how well they’re delivering on those promises. 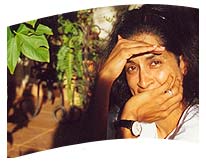 The 32 short documentaries and dramas in the series were produced by The Broadcasting for Change Network – a unique group of international broadcasters and producers founded in 1995, and committed to producing and airing programmes on women’s rights. Members of the Network met at a conference organised in April 2005 by tve in London, where they discussed relevant themes and topics, and agreed the story ideas they would each contribute to the new Snapshots of Change project. The outcome is a series of 32 x 5 minute programmes examining the status and condition of women around the world – joyful, sad, funny, shocking – made by filmmakers from 31 countries, including 10 new members in Bangladesh, China, Kazakhstan, Nepal, Russia, Sierra Leone, Trinidad & Tobago, Uzbekistan and Zimbabwe, creating a truly global broadcast series.

Several of the films explore gender issues from men’s, as well as women’s perspectives. The Power and the Fury, from Spain, looks at domestic violence through the eyes of perpetrators, police and psychologists treating men convicted of violent crimes against women.www.whynot.lv profiles Latvian father Ainars who’s swapped roles with his wife to look after his baby daughter, and Billu’s Struggle in Bangladesh shows Billu Rani Talukdar’s husband cheering on his entrepreneur wife in her new restaurant business. 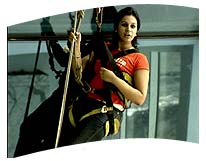 The Lady Mechanics Initiative, from Nigeria, profiles young women – some former prostitutes and drug addicts – now training as motor mechanics, a role celebrated in song by Nigeria’s rap artists. In Gender Bender, Indian producer Poojita Chowdhury films women working in non-traditional careers – from high-rise window cleaners and barbers to the first female toddy tapper. The powerful drama Life Promises challenges Zimbabwe’s government to live up to its commitment to provide health care to allits citizens and halt the country’s rising maternal and child mortality. Brazilian teenager Indáia describes what it’s like to be on the streets, drug addicted and pregnant, and how she found a way out. AndMy Baby Brings Me Bucks from Indonesia reveals how poor migrant women are forced to borrow babies to beg on the streets of Jakarta just to survive. 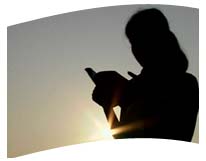 The Snapshots of Change series is available on VHS and DVD compilations from TVE for non-broadcast use. Contact tve‘s Distribution Department.

Snapshots of Change was made possible with the help of: The Sigrid Rausing Trust, the United Nations Population Fund (UNFPA), UNIFEM, the Global Opportunities Fund- FCO, the British Council, the Commonwealth Foundation and Ascent Media.

First initiated by tve in 1995 to highlight the Beijing Fourth World Conference on Women, the Broadcasting for Change Network consists of broadcasters and film-makers from over 40 countries who have joined forces, and pooled resources, on five multi-media collaborative projects over the last ten years, designed to highlight progress on women’s rights and gender equality worldwide.